If you type ‘Do writers have spirit animals?’ into Google the first two words will lead one into predictable territory.

‘Do writers make any money?’

These questions seem reasonable to ask of a writer’s life. They’re the sort of things that one needs answers to before giving up a more salubrious job… one that pays for instance.

But ‘Do writers have spirit animals?’ was the particular question that I needed answers to when it occurred to me that I might be the only one who did.

You see I kind of, almost certainly, close to one hundred per cent believe that I have a spirit animal.

I was first visited by the little creature when I started writing my novel.

That’s the thing with spirit animals you see, they don’t simply hang around waiting to be needed. They visit. And if a writer doesn’t need a helping hand when writing a novel then I don’t know when they do.

I had been sitting at the dining table in my apartment fiddling with magic. The morning was bright with caffeine and sun. The words were coming at me so fast that it felt as though they were being delivered.

I looked up to see an iridescent fairy wren on the table. It tilted its head and skipped on the laminate; skidding on the shiny surface.

This may seem fairly ordinary but my apartment was in a converted Woolstore on the Brisbane River. Its depths were cavernous. The wren had hopped a great bird-distance to get to where it was.

My mind didn’t immediately settle on the spirit-animal hypothesis. I simply appreciated the small chick and buzzed on with the general sense of well-being that a feathered companion brings.

It wasn’t until the little wren visited me for the fourth or fifth time that I thought something was up.

He only ever came when I wrote. When I needed him.

Soon, I felt as though I may not be able to write without him. Therein lies the problem of being overly invested in a spirit animal.

One must pay credit where credit is due and it wasn’t the wee wren writing the words one by one, no matter how much he seemed to be bringing them to me.

I had to break up with the bird.

There wasn’t a ‘Dear Polly…’ letter or an awkward conversation and a tub of bird-seed Ben & Jerry’s. I simply believed in myself a little more than I believed in the bird.

He stopped visiting. Strange that.

Not long after, I packed up my life in Brisbane and took my novel to the world, travelling to the places it was set, willing it into existence. But the words didn’t come.

I was in Paris, sitting on the balcony of my abode, drinking and reading, as we already know writers are wont to do.

I took a pen and pad and held them on my lap pretending to do the other thing that writers do. But the words still didn’t come.

Just then a little wren flew to the fifth floor balcony and perched on the table.

I looked at him all puffed and proud… ‘How did you know how to find me?’ He just bobbed in a birdy way as if to say, ‘I always know.’

Now it’s obvious that at this point your writer may have lost her brain. Utterly birdbrained, if you will. But you know what I didn’t lose?

In the end, a little feathered friend was never far away. And whether I was looking for him or him me it doesn’t really matter because he brought belief and that’s all any of us can ever hope for. 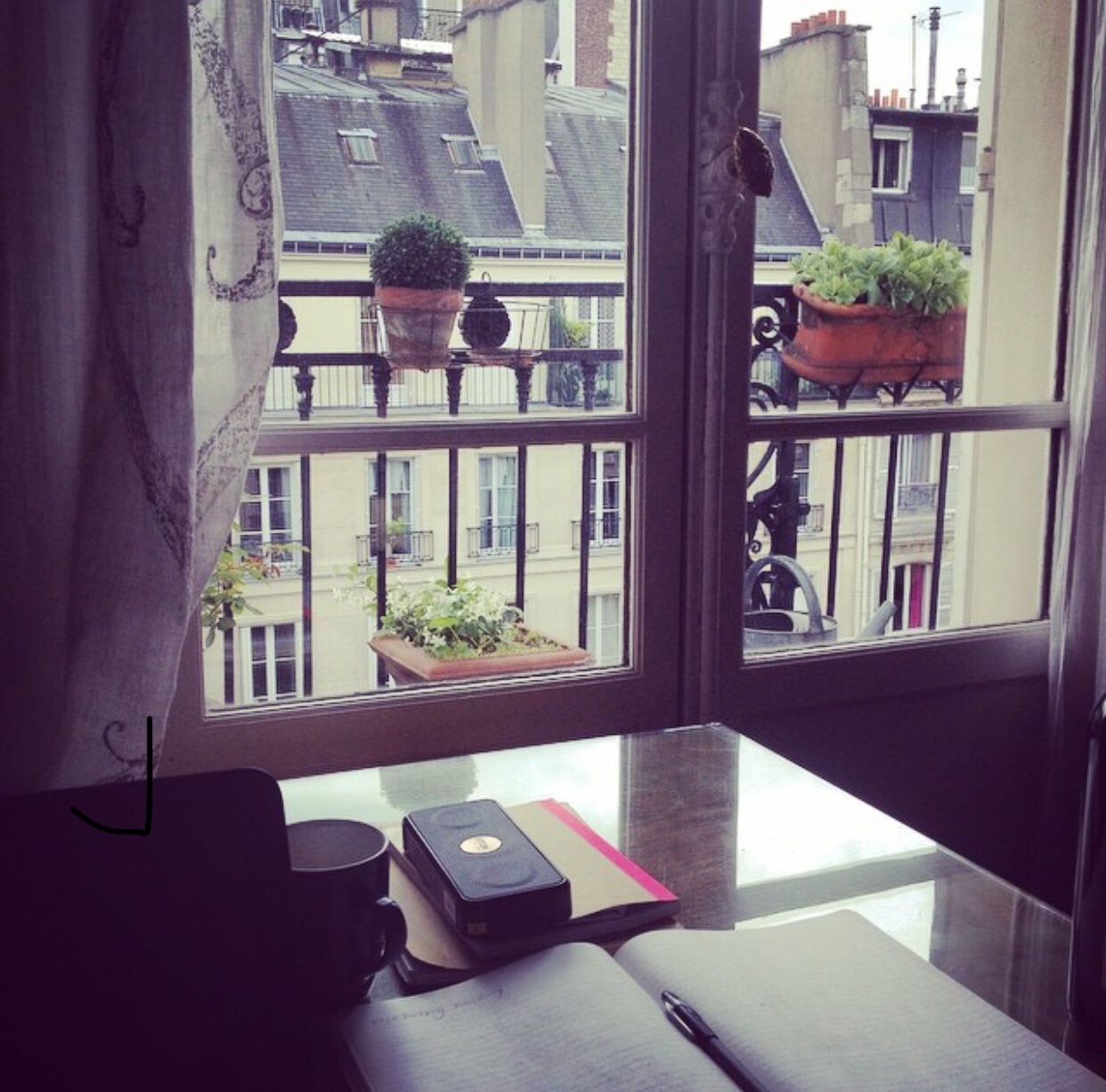